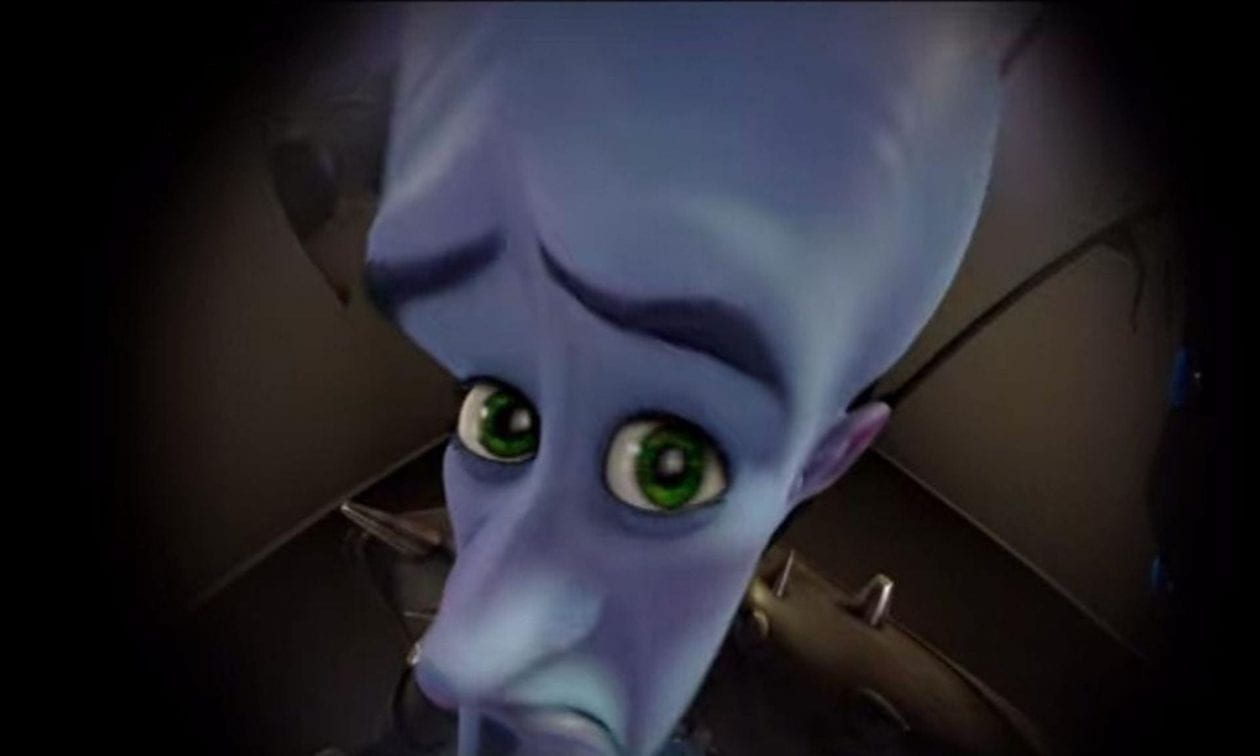 This is a cover of the “Glimpse of Us” by Joji

I recorded myself over several different microphones in order to find out which one I liked the most. I liked all of the mics but there were some which I thought sounded better and others I did not. The following section contains my recording.

Dynamic Mic. – In a dynamic microphone a thin diaphragm is connected to a coil of wire called a voice coil which is precisely suspended over a powerful magnet.

Condenser Mic. -Instead of using a coil, ribbon microphones use a small strand of very thin 2 microns thick aluminum ribbon.

Cardioid pattern – Condensers use two charged plates, one fixed and one which can move acting like a diaphragm.

Phantom Power – +48v of energy sent down the microphone cable to a condenser microphone from the audio recording or mixing board.

Sensitivity – Output level. Voltage of output signal when exposed to a certain sound level. Can be expressed as decibels below one volt. Most microphone signals are less than one volt so a negative number is used (-50dBV). Higher number means microphone is more sensitive (-30dBV) and a lower number means a less sensitive microphone (-70dBV). This number is meaningless unless you know what sound pressure level (SPL) it was tested with. Most are tested at 94dB/1 Pa.

Transient – An abrupt change in level. Like a cymbal’s crash or a singer’s T’s or CH’s.

Placement – If the sound source (mainly vocals) is farther away (3-4 ft), the voice is still clear but you get more room noise, which may be good if you want reverberation. Move the sound source even further to get more reverberation. About half a foot away from the mic, is the normal place for a vocalist. You get less room noise and the voice sounds even clearer. Picks up subtle changes in the voice. Moving the sound source to right in front of the microphone will increase the bass (proximity effect), as well as giving the voice a more intimate feel. A pop filter will be needed to prevent some words from “popping”. Like the singer’s P’s.

Proximity Effect – The increase in bass when a sound source is moved closer to the microphone.

Noise Rating – The signal (sound source) to noise ratio measured in decibels (dB). Noise is any sound in the background you don’t want. Electricity vibrates at 60dB so you want the ratio of the signal and noise to be higher than that. Preferably 90dB or higher.

Mic. Clip – Holds the microphone to the stand

Mic. Stand – Holds up the microphone so the speaker doesn’t have to hold it. Height can be adjusted.

Direct Box – Connected to the mixer. Balances various outputs an inputs from the microphone and the mixer.

I learned that I quite like the Blue Baby Bottle microphone. It had a very nice quality to it and it also operated very well. It also stands in a way where it takes up very little space.

I would rate the Leadership Activity a 5/5, it was a very fun experience and I learned a lot about team work and other things like better constructive criticism.

I would rate the Classroom a 3, for the most part I already knew about theory so it wasn’t my favorite but I enjoyed when I could use the time as work time.

I enjoyed the Lab a lot because it gave me a lot of time to work on beats and other things that I wanted to.

The practice room was OK but it wasn’t my favorite, I don’t enjoy practicing anything but it was still interesting I guess.

I enjoyed this time, I was able to go outside and talk about whatever I liked but I also enjoyed discussing ideas and other such things.

The studio was my favorite part of this whole entire experience. I was able to work on tracks that I enjoyed and also help out other people with creating.

This was another one of my favorites, I would rate this a 5, I enjoyed mixing a lot, it was really satisfying to line up words and beats by hand.

I learned to be more careful with buttons because I pressed the wrong one and it messed everything up. I also learned that the process of elimination is very useful as it helps to see what is causing problems.

Mixing was one of my favorites.

I learned that I’m much better at mixing than I thought I was.

I did not like the class structure, I like to be able to do my own thing without instructions.

I didn’t like how structured it was, everything felt like there was too much pressure on it and constantly being nagged about it didn’t help, I only came here to work on some beats.

I would change nothing because I was able to make a few really good beats that I enjoyed creating.

we recorded a lot of audio and also got some bass work done.

Nyla used the studio to record more vocals. Tayla practiced bass, and I did some splicing and editing of her vocals from the previous day, later Nyla will need to record the song again in order to complete the wrest of the vocals.

I did more splicing and editing on the audio and determined which parts of the song were still viable and which were not and deleted the unviable parts from the files so that they could be rerecorded.

Watch how to present with power and poise

Great presentations have many ingredients from the structure of the visuals to the delivery. But what makes it all work from voice, eye contact, word choice, body language, the visuals used, etc. Let’s take a look at the act of successfully presenting or pitching an idea to reveal these ingredients.

https://www.slideshare.net/slideshow/embed_code/key/McHPIxErbeyuAzBrain Rules for Presenters from garr

Write your daily summary last, at the end of the day here… Only one to two sentences. – AND THEN DELETE THESE WORDS!

I was most likely in the studio recording Nyla singing.

Practiced “Glimpse of Us” and also did some piano.

Made a new beat that came out interesting.

Listened to music outside for inspiration.

I thought that it was interesting when he explained power chords, they sound difficult to do but they’re really just two notes paired together in a way that works.

“…a seemingly simple experiment devised by Walter Mischel to test will power: put a kid in a room with a marshmallow, and tell her if she can resist eating it for 15 minutes, she can have 2 marshmallows. It turns out the kids who could wait were much more likely to be successful as adults. “- RadioLab.org – Your Future in a Marshmallow

Write your daily summary last, at the end of the day here… Only one to two sentences. – AND THEN DELETE THESE WORDS!

Write your daily summary last, at the end of the day here… Only one to two sentences. DELETE ALL OF MR. LE DUC’s INSTRUCTIONS DETAILED ABOVE AFTER COMPLETING THEM

Bass is the base of our music, without it music sounds very different and not as rich and full as it does with out.

Step 1: Watch How to write Chromatic Notes in Hookpad (some bass lines are based on chromatic scale)

Step 2: Watch 3 ways to use Hookpad’s MIDI drag-drop feature (you can create basslines and more and export to Soundtrap and other DAW – digital audio workstations)

Step 3: Try making a bassline to a chord progression or melody line.

How was this activity? Write a reflection on what you did and learned. DELETE ALL OF MR. LE DUC’s INSTRUCTIONS DETAILED ABOVE AFTER COMPLETING THEM

Step 2: Download the guitar TABS for his exercise (PDF)

Step 3: Practice one of the exercises

Write a brief reflection on how both of these exercises are working. DELETE ALL OF MR. LE DUC’s INSTRUCTIONS DETAILED ABOVE AFTER COMPLETING THEM

Choice 1: Explore Carol Kaye and James Jamerson’s Profiles in Excellent.  These are two bass players are credited with creating some of the best bass lines!  Then go for a walk and think of the funky work they created.

Choice 2: Flip through the Quizlet on Bass Composition Techniques flashcards a couple times.

After playing with Quizlet, go for a walk and think about bass lines.  Think of songs that have great basslines.  When you are back from your walk, you might want to research more about the notes that make those basslines stand out?

Write a brief reflection on your mental meanderings. DELETE ALL OF MR. LE DUC’s INSTRUCTIONS DETAILED ABOVE AFTER COMPLETING THEM

Play around with playing the low E string (6th string on the top of the neck) on your guitar. Create a simple three note-ish bassline. Get funky with it.  Try different plucking tempos to great the groove. You can even try playing Smoke on the Water

What did you compose? Write a reflection on what you did. DELETE ALL OF MR. LE DUC’s INSTRUCTIONS DETAILED ABOVE AFTER COMPLETING THEM

Record the bass line you developed in the studio.

How did the recording go? Write a short reflection. DELETE ALL OF MR. LE DUC’s INSTRUCTIONS DETAILED ABOVE AFTER COMPLETING THEM

Tell your daily story here!  Highlight what you learned and enjoyed most and at least one problem you solved. Problem-solving is one of the most important skills you need in life. Employers want to know HOW you get stuff done as much as WHAT you got done. DELETE ALL OF MR. LE DUC’s INSTRUCTIONS DETAILED ABOVE AFTER COMPLETING THEM

No comments to show.